Which results does it have to have been physically abused as a child? 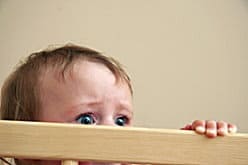 In my seminars and coaching sessions as well as in therapy   I am faced over and over again with the consequences of how physical punishments during childhood can affect the adult life.

I have to listen very carefully to realize somebody is indicating physical violence in his childhood. That’s because the subject is still a taboo and above all very shameful for people. However, if somebody shows signs in his biography like “I was raised in a strict way” or the father “was quite authoritarian” or “the mother tolerated no contradiction”, I become quite alert and ask what the person means by that.

Then one hears about violent slaps in the face and beatings with pickets, belts, leather whips, tree branches, coal shovels, carpet beaters, canes or bare hands etc. The moment was often unpredictable. If the “parent was in a bad mood” if “one did not get away fast enough” or it became a regular dreaded weekend ritual on Saturday evening.

I also ask up to what age the physical abuse occurred and how it stopped. Mostly it stops in puberty, however, for others it lasts until the age of eighteen or nineteen years when they decide to leave home. The parent sometimes stops by himself, but sometimes also when the youngster clearly threatens the parent. Mostly boys get hit, especially the oldest ones but also many girls.

How adults deal with the memory of blows in their childhood?

A frequent form is trivializing it.
However, mostly recognizably in the conclusion “This has not harmed me!“
I always understand this sentence as the attempt to solve the conflict between the positive picture which one has of their parents and the scenes where one was physically abused.

The displacement is also frequent.
Over and over again people report to me that they have no memory of the first eight or ten years of her childhood. No picture, no feelings, nothing. Only within the scope of common work a piece of painful memory sometimes comes back again.

Which results do blows in the childhood have on an adult?

The results are various. I want to tell you about only some of the consequences and decisions which I’ve encountered during my work with clients.

What can you do?

There is no easy answer. But in general I can say that remembering what you have experienced is the first important step as opposed to edging out or minimizing what happened.

It is important to step out of the “childhood trance”, because you consider your own experienced pain to be less important than your parent’s motive or the facade “What will other people think?”

If one is a victim of abuse at an early age, one makes decisions for their whole life.

Next steps can be to face up to the painful experiences. In some cases it might also be helpful to seek professional help.

Sometimes parents regret later in life what they have defended for decades. But often one is faced with renewed lack of understanding and a wall of the ignorance (“This never happened.  You’re imagining things!”)

Professional help sometimes also helps to find a usual way for itself in the internal weave of recollections, displacement impulses and confusion. It’s better to get become active in life in the end after all and taking good care of oneself rather than remaining in the position of the victim, the abused child.

What are your experiences and opinions on this subject?

June 8, 2011 – 3:03 pm | By Roland Kopp-Wichmann | Posted in Children | Tagged children, punishment | Comments Off on Which results does it have to have been physically abused as a child?