Do feelings of guilt haunt you day in and day out? 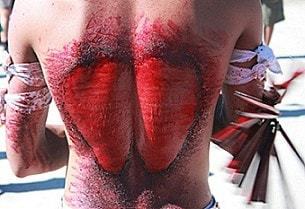 Read here how you can overcome the struggle.

Feelings of guilt can make your life miserable. Like a heavy burden they weigh on us and destroy all positive feelings. Even when you know you haven’t done anything wrong, yet still you feel guilty about it. What causes these “erroneous” feelings of guilt?

And above all what can you do against them?

How do feelings of guilt develop?

Feelings of guilt primarily develop when someone violates the values or norms of a community which he belongs to. In so far guilty feelings also have an important function for society, since they convey what you are allowed to do and where the boundaries are, so that you won’t be excluded from a community.

Norms are especially effective when people have internalized them and stick to them even when no one is controlling them. Someone who will stop at a red light at 3.00 a.m. at a deserted junction knows what I’m talking about. Feelings of regret, anguish, remorse or a guilty conscience are indicators for us that support us in knowing what we shouldn’t do.

Well, now there aren’t only social norms but also personal values. What can play a role e.g. is how often you see your friends or visit your parents. But also how accurately your apartment needs to
be tidied up or whether you comply with the request to candidate for becoming the next town council also reflects upon your personal values.

The development of a moral conscience probably begins during childhood. Or is “good“ behavior natural? Watch this video with 9(!) months-old babies:

By the way: monkeys too have a sense of fairness. And they can totally flip out when they’re fed unequal portions as this renowned study shows.

Norms are communicated by the particular communities respectively their „representatives“, in this case it’s the parents. Religion makes up a big part of it. If you are brought up with the image of a punitive god (“God sees it when you pick your nose while you’re in the bathroom”) chances are good that you will be overly well-behaved and diligent as a grown-up.

Years ago the psychoanalyst Tilman Moser wrote a book called „Godpoisening“ in which he describes his own religious upbringing and how long it took him to disburden himself from it.

What are erroneous feelings of guilt?

Guilty feelings are appropriate when someone did something that contradicts the relative valid norms. These norms are not universal but depend on the culture that lives by them. In some cultures honor killing is almost an obligation whereas in the USA or Germany murder is avenged.

We can often observe a lack of appropriate feelings of guilt. These people are usually referred to as narcissist, egotists or we call them unscrupulous or uninhibited.

We’re talking about erroneous – thus inappropriate – feelings of guilt when someone is not culpably involved in a situation looked at from a rational point of view. Unfortunately, this insight doesn’t help the person. The assumed “guilt“ is so internalized that it needs to be “worked off“.

Here’s how you can recognize erroneous feelings of guilt:

Clearly erroneous, inappropriate feelings of guilt don’t only weigh on you and trouble your momentary mood or a longer period of time, but maybe your entire life. Many people who are either depressive, enthusiastic idealists or overly adapted – these people martyr themselves with such thoughts and are rarely open to alternative interpretations.

Gathering from a great deal of experience with clients over the years I have found four reasons:

What can be done against such erroneous feelings of guilt?

You can find out about your own inner conflicts and entanglements by searching for a quiet place where you are sure to be undisturbed for a while. Sit down, close your eyes and concentrate on your insides (or read my article about awareness beforehand).

And then – as an experiment – you say one or more of these sentences out loud:

Your reactions can be quite intense. Which is a good sign, because then you know that you’re about to unmask an important inner conflict. Share your experiences with someone you trust. Or write them down.

Or wash your hands. Seriously. A study shows that washing your hands can cleanse a guilty conscience.

And if now you find yourself a bit confused whether your feelings of guilt are “correct“ or “inappropriate“ then maybe you’re experiencing something similar to the monk in this ZEN story:

He was a passionate chess player who, once he started to search for his liberation, believed he had failed when he had lost a game. After he had spent two years as an apprentice with a rabbi, he figured he failed when he had won a game.

After that he became the student of a wise man from the Sufis who made him believe, that when he had lost a game and felt good about it, that that was failure. Still not content he went to the Himalaya and learned from a great Yogi that if he had won, but felt guilty about the victory, that that was failure.

At last he met a master of Zen. And what happened within a few weeks?

He finally learned how to strategically make better use of the pawns!

How do you Cope with feelings of guilt?