Do you have the character trait that gets you the raise? 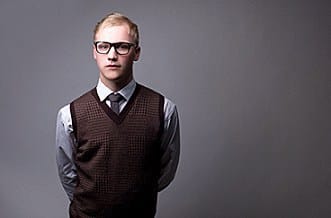 No, it’s not your intelligence.

Have you recently been to a class reunion? You may have made some astonishing discoveries.

At thirty the head of the class who always used to get the best grades, is probably not at the vanguard of his professional life. That goes for his position as well as the money he’s making.

Whereas other former classmates, who always had a tougher time in school or were generally less motivated, have admirably climbed the social ladder.

Economists have noticed this coherence and they started to systematically analyze which character traits were responsible for making a career and being successful at the job. This is what they found out:

But which factors do decide over professional success?

Here the BIG FIVE can help.

It’s a personality model that is based on five factors and many secondary attributes and has the intention to describe a person as comprehensively as possible.

The five factors are:

You can find the studies “Effects of Personality on earnings” here.

Take this psychology test
to find out about your personality!

For someone to become a leader has to do especially with the character traits extroversion and diligence. In addition to intelligence, emotional stability also plays an important role.

And who gets the raise?

The result is may be surprising. According to research it’s the factor „emotional stability“ that ensures getting more pay.

That applies to men as well as women – during your whole life.

And how do you reach „emotional stability“?

People who don’t come off well in this sector quickly lose their emotional balance. They easily get upset. React skeptically when criticized o rare easily offended and strike back verbally. They ponder over failures for a long time. They are generally not very stress-resistant.

Others are eminently fearful, keyed up or constantly nervous. All in all emotionally insecure people cannot control their emotions very well or they need a long time to do so. Often this insecurity is accompanied by physical pain.

If you can rule out physical causes then the source of such sensitivity usually lies within unresolved conflicts in the person’s biography.

Especially upbringing and according role models of the family of origin are very formative. These early experiences in relationships form the attitude to oneself and the environment and can thus increase or alleviate insecurity.

If you care to work on your personality you need to identify these relationship experiences and the conflicts resulting from them – and then to work them out.

That’s my approach in my personality seminars or for one-on-one web coaching. Working on yourself is not easy, but the impact promises sustainable success.

No matter what the result of the test says – here are some important tips for your next salary assessment.

Can you confirm these results or do you have a different opinion on the matter?