How do I know what I think until I hear what I say?

Are you a solar cell or rather a rechargeable battery? 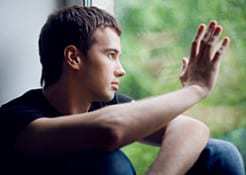 oes your head start buzzing when there’s too much going on around you?
Do you regain energy when you’re alone?
When in meetings, do you wait until you are asked?
Are you bushed after a day at the open-plan office?
At a party – would one more likely find you in the private library or in the garden?
Do you prefer celebrating your birthday in a circle of close friends or throwing a big bash?

The bad news: we live in an extraverted world and introverted people are often looked upon as being weird. Presenting oneself, selling one’s ideas is considered a necessary character trait for success in the business world.

Extraverted people are like solar cells, they’re good at that. The enjoy connecting with people, have no trouble talking about themselves and their projects and spread their good mood. They flourish when they’re in society and recharge their batteries by making contact with others. That’s how they increase their energy level.

Introverted people are more like rechargeable batteries. They need retreat and serenity in order to regain energy. What extraverted people consider to be stimulating, exciting and revitalizing is often annoying or overwhelming to those who are introverted.

Almost all personality tests cover that quality. The dimension introversion vs. extraversion is also part of the BIG FIVE, one of the worldwide acknowledged tests that inquire five main dimensions of the personality.

Here’s an online test on your BIG FIVE …

SHY PEOPLE ARE NOT INTROVERTED.

At first view shyness can be confused with introvertedness but there are major differences. Those who are shy usually want more contact but are too afraid to address strangers because they fear rejection. Shy people don’t like being alone, but often it seems to be their only choice.

Introverts don‘t have that fear of being criticized, rejected or abandoned. They also like to visit events where there are a lot of people but they choose to keep a bit on the side and observe everything instead of getting into the act themselves.

A shy person will often compare him- or herself to an extraverted person and polls badly. Introverted people know that they are “different“, but normally they are fine with that.

Often it’s the extraverts who get confused when someone doesn’t find him- or herself on their wavelength:

“Why are you always so held-back?” or “You need to come out of your shell” is well-meant advice. And in fact we live in a society in which a high level of extraversion, the power of connecting and “making oneself look good” are highly respected.

If you have ever gone through an assessment center and had to deal with feedback such as “too held back, not qualified for leadership tasks“ knows what I mean and has maybe suffered from the negative consequences.

Also in talk shows pensive, reflected people are not invited as often as stars that have a detailed opinion on every question – usually without even thinking about their answers beforehand.

PROBLEMS BETWEEN INTROVERTED AND EXTRAVERTED PEOPLE

When choosing a partner different dispositions are often attracted to each other. The debonair woman searches for the quiet and calm man. The extraverted man needs a partner who enjoys listening and doesn’t permanently strive for being the center of attention. But given time what felt great in the beginning of the relationship, can turn into the complete opposite.

The quiet and calm anchor is then perceived as monosyllabic or lame and the agile partner as a notorious self-centered and selfish person. This can be especially observed in different behaviors when conducting dialogues noticing the possible misunderstandings.

Anna Roming describes it to the point in her article “The silent ones in the country“ in psychology today 1/2011:

Introverts reflect before they say something. Extraverted people think while they talk.
And naturally that leads up to introverts getting the raw deal in conversations because their vis-à-vis misunderstands their signals.
A dialogue partner who is introverted picks up his vis-à-vis’ statements and tries to make up his own thoughts or opinion on what has been said. Unfortunately the extraverted person believes that to be engagement and along with that thinks it’s an invitation to keep on talking.
For the introvert this is fatal. He is interrupted in his chain of thoughts by the dialogue partner’s next statement and thus cannot process the information adequately.

That also applies in the professional area. An introverted person will seldom raise his or her hand in a meeting to voice an opinion. This can be interpreted as a lack of interest as well as a lack of knowledge. If you are interested in their opinion you usually have to ask them. It’s often the case that others mistakenly believe the person is arrogant and wants to be fawned over.

They are also not the ideal participants for a brainstorming session. The need for thinking something through thoroughly is divergent to the desired logorrhea. Introverts favor a calm two-on-two talk in which ideas and reasons are questioned, thought through and can be gone into in depth.

In the wonderful book called “Quiet. The Power of Introverts in a World That Can’t Stop Talking” the author Susan Cain describes some differences between introverts and extraverts and backs them up with studies.

The book critically deals with the myth of the charismatic leader and has a number of good tips for teachers and parents who encounter introverted children.

AND WHAT ABOUT PARTNERSHIP? 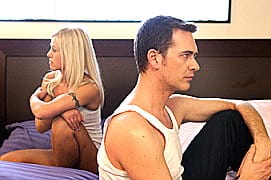 It’s imaginable that two introverts fall in love with each other, rent a lighthouse and live there happily ever after – but usually these relationships take another course.

Opposites attract and in the course of the relationship they painfully experience how one‘s own behavior can disturb or hurt the partner.

Introverts can barely imagine how offending their contemplative silence can be for the extraverted partner. Reversed an extraverted person is rarely conscious how a vociferous presented complaint can scare the partner and of course he or she will not be able to communicate that immediately but instead will crawl back into the safety shell. In turn this is interpreted as disinterest, blocking etc. by the extravert – and the vicious cycle is perfect.

As in every partnership it is necessary to learn a new foreign language. The language and landscape of the other person are not to be downgraded because they are so contrary to one’s own character, which is sensed as being normal, of course. What it needs way more is an unprejudiced curiosity and lots of dialogues about how the other person perceives and interprets a situation or behavior.

Of course one isn’t better than the other. This article should be an encouragement for introverts to be on more friendly terms with their way of being and the world itself. Not to be infected by the cult of extraversion according to which making a good impression and self-promotion is more important.

Introversion is a personality trait which can be supplemented but never fundamentally changed. But it doesn’t need to be changed in the first place.

Remember: the next time you don’t feel comfortable in a big round where people just cannot stop talking and you feel the urge to inspect the private library you don’t have to feel bad about it. Just think:”I happen to an introvert – and that’s a good thing.”

WHAT EXPERIENCES HAVE YOU MADE ON THE TOPIC AND WHAT’S YOUR PERSONAL OPINION?