How can you overcome hurt, mortification and anger? 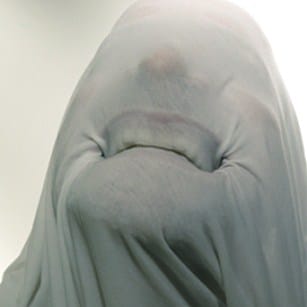 The laws of nature give us the certitude that the result of an action is an expected reaction. We turn on the light switch or flush the toilet. We place a book on a shelf and one month later it’s still there. Unless something is broken or there’s another logical explanation.

This makes us feel safe and this safety is not to be underrated. Everything in our life works that way. And when things don’t go as we want them to, then we occasionally react by being angry, disappointed or irate.

WHAT CONNECTS THESE PEOPLE?

It’s the belief – or the hope that the world should be fair and just.

We consider a situation or a decision to be “just” when it corresponds with our personal legitimate convictions and moral principles. A perceived contradiction is considered to be “unjust”.

“Just” or “unjust” are thus characteristics of a situation which are determined by the person who judges them and they don’t need to go conform to the judgments of others. 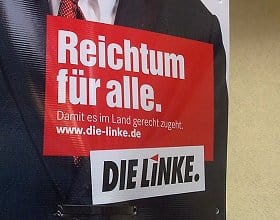 “Wealth for all!” is the slogan from a left party.
But where does wealth actually begin?

A German politician believes that an income limit of 40.000 € is fair.

The assassin from Oslo describes his doings as “barbaric but just” at the same time he doesn’t want to be convicted as mentally ill.

Little kids can already have fits of rage, if they believe that they got fewer gifts from Santa than their siblings did.

A husband thinks it isn’t fair that his wife has less desire for sex than he does. A wife finds it unjust that her husband is leaving her for a younger woman after 20 years of marriage.

There are endless examples. Since there is no general justice which everyone is content with, it is much more important to figure out how we can deal with the emotions that injustice and unfairness bring along.

“YOU’RE GOING TO REGRET THAT!”

Everyone has heard that phrase before or has at least secretly sworn it to him- or herself. If we feel treated badly we at least want equational justice or we have brutal fantasies about compensation or vengeance.

Some have developed into authors due to their frustration concerning their bosses. They found a citizens’ initiative or make the best of accepting that life is no bowl of cherries.

Many get lost in the labyrinth of quarreling, moaning and complaining.

Every once in a while I have adult couples in my therapist’s office who still blame each other for things they said, did, neglected or forgot 20 years ago.

In each partnership things occur, that cause displeasure, misunderstandings happen or couples hurt each other. In relationships, that are in balance, these conflicts are clarified in a manner where both partners talk about them, express their opinions and feelings and at one point forgive and forget.

But some people become so attached to their vulnerability and anger that they don’t snap out of them anymore. In their book “The Tools” the authors Barry Michels and Phil Stutz write:

We call this state the labyrinth: the further you’ve advanced inside it, the harder it gets to find the exit.

The mere thought of the person who was “unjust” to us becomes an obsession. It’s as if that person has taken possession of our mind and we can’t get rid of him or her.

We condemn that person or want revenge. If we find ourselves in that state the other person turns into our jailer who keeps us captured in the labyrinth of our own thoughts that don’t stop running circles in our heads.

Do you know this state of mind? 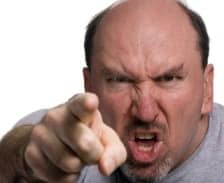 Close your eyes for a moment and concentrate on what comes to your mind when you imagine the following:

One possibility is to avoid situations or people that don’t do you any good. But sometimes that’s almost impossible or you’re not into avoiding them. What can you do in that case?

HOW TO FIND THE EXIT OF THE LABYRINTH.

Two things are important. You have to understand why you’re in the labyrinth of your negative emotions in the first place. And secondly you need something that is stronger than your anger or pride.

1. You’re stuck in the labyrinth of vulnerability, anger or mortification because you expect that the world should treat you fairly. But the world around you doesn’t have to do that. You can choose to give up that infantile belief, if you want to get ahead.

Life altogether isn’t fair. It’s nothing against you personally. You are actually aware of the fact that your holding on to justice and fairness is a narcissistic illusion but naturally life should make an exception for you. Right?

2. There’s only one power that is mightier than your hostile feelings. And that’s – love.

You already know that. Why don’t you give up your child for adoption since it costs you an enormous amount of money or really gets on your nerves? Because you love it.

Why don’t you have your dog put to sleep even though it’s old and sick and drools all over the place? Because you love it.

Why don’t you get separated from your partner even though he or she has a fat tummy, hooded eyes, cellulite, snores, talks non-stop etc. Because you love him or her.

Only love lets us reconcile with unpleasant things and helps us make inner peace. But sometimes we don’t feel that love. Not because it isn’t there but because when you feel hurt or angry, it needs your active effort to awaken that love.

Here’s a video by the authors: 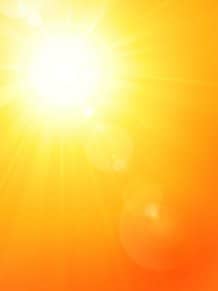 1. Imagine that you are enfolded in a warm, flowing endlessly loving light. Let your heart be wide open. Concentrate on the energy in your chest.

2. Imagine the person that makes you angry. If that’s too difficult imagine that person being present, perhaps faceless, if it makes it easier for you.
Transfer all that love in your chest while you exhale.

3. See and feel how your love flows into the other person. Become one with that person for a short moment.

I know, it sounds pretty freaky. And you are probably feeling a lot of resistance – encircle the person you could shoot to the moon with love?

Stop! That would be a misunderstanding!

The tool “Active Love” is especially effective when you’re very upset with someone and you feel the amount of anger is unreasonably strong (considering the reason for your aggravation) or you realize you just can’t liberate yourself from your anger.

1. Concentration: Collect the love in your heart.

2. Transfer: Open up for a universal love

3. Flowing in: Connect with the other person with love.

From my personal experience this works so well because you accept the injustice completely for that moment and you leave it behind you. In other words: in the very moment you connect with the other person you drop your expectations of how that person should have behaved. Briefly: you abstain from being right.

Above that the tool works well in order to:

Maybe it seems weird to you reading blogs about “Active Love” by someone who usually earns his money as a therapist, coach and leadership trainer. All of these tools sound weird at first. I felt the same way about them. But I am very pragmatic.

You know what? Why don’t you just try them out yourself and form your own opinion. Because what counts in life is practical experience and not what we know in theory. The fact that you can’t imagine something might work for you doesn’t mean that in reality it might do just that for you. Unexpectedly.

Pass on your experiences and feel free to tell me about them.

How do you deal with your anger?