Stage fright is the effort to pretend you don’t have it in the first place.

It’s your shadow that causes your stagefright. 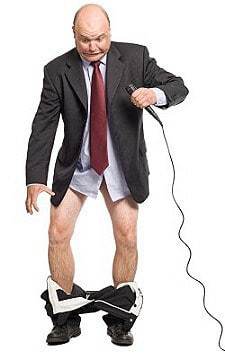 The dream the night before the presentation.

Many years ago my teacher Ron Kurtz held a workshop with 40 participants where I was assisting him. Everybody waited excitedly. Ron said: “Welcome and hello” to everybody.

And then it happened.

All I was able to hear were the murmurous words: “My dear friend Roland will explain the first principle of our HAKOMI-method to you. It’s called ‘non-violence’. Go on, Roland!”

I was shocked because we hadn’t talked about that beforehand. My mouth was completely dry, my hands were shaking. I had spoken about “non-violence“ before – in small groups. But this time the founder of the method, RON KURTZ HIMSELF, was right there by my side.

I couldn’t say a word, my head was totally empty.

You‘ve probably been in situations like that before, too.

The symptoms are similar to those as if you were paralyzed, where we’re not able to carry out our usual behavior. The trigger for such a strong feeling of insecurity is often a larger group but it can also just be one single person.

WHY DO WE FEEL INSECURE WHEN WE’RE AMONG OTHERS?

In my personality seminar “Self-confidence on the job” I sometimes pass on the following evening task to the participants to strengthen their self-confidence:

Go downtown tonight and do the following. At a certain point put up your arms while you’re walking and start to sing a x-mas song. Do this for at least 500 yards.

The reactions are always similarly negative. From “Not in a million years!” to “I can’t do that.” If I go on asking what was happening inside the participants while I was explaining the task the answers are usually the same: “People will think I’m crazy!”

But even when I mention that they don’t even know the people around them and they won’t ever see them again in their life, it does not minimize the fear.

From my own experience I can say what actually happens since I’ve done this exercise quite a few times. Eighty percent of the pedestrians don’t even see you because they’re looking straight ahead, are busy with their cell phones etc. Fifteen percent see you are puzzled, confused or amused. Five percent say: “Wow, is it already x-mas time again?” or “Hey, mind if I sing along?”

WHY IS THAT FEAR BEFORE OTHERS SO STRONG? 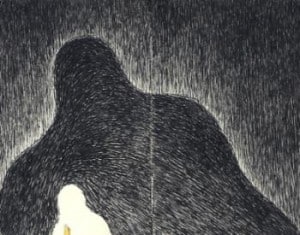 Years ago the Swiss psychoanalyst C.G. Jung found out the reason with his Theory of the archetypes. An archetype is a certain pattern of how you perceive the world and how you react to it and this belongs to the collective unconscious of humanity.

One of the most important archetypes of humanity is the shadow.

Because the shadow is the concentrate of what we don’t like about ourselves and what we are ashamed of. It’s similar to the shadow that originates from the exposure to light, we just can’t escape our psychological shadow. It follows us all over the place.

Do you want to get acquainted with your shadow?

Close your eyes and imagine you’re standing in front of one person or a group where you feel insecure, anxious or inhibited.
Concentrate on these feelings.
Let these unpleasant feelings flow out of you and imagine how they develop into a character and how they form a face and body.

Maybe it’s a sad little girl. Or a fat, pimply boy who nobody wants in their team. Or the new boy in town with the strange dialect and the thick glasses

YOU CAN’T ESCAPE YOUR SHADOW.

Everyone is ashamed of their shadow at first. And it searches for recognition and proof of one’s value. The possession of certain products suggested by commercials is supposed to help us hide the flaws of our shadow.

If you buy this lifestyle product you will get recognition and you will be loved. And above all – you will belong. But self-worth cannot be gained by appearances or performance.

But there is one power that is hidden by the shadow. A power that is stronger than your doubts about what others may think of you or how they judge you.

And that’s the power of self-expression.

In such situations you are not dependent on the approval of others. You are 100% yourself – and you express it authentically. But when you feel inhibited and insecure in front of others all that is gone. Because on the inside the only thing you’re busy with is trying to hide your shadow.

You need your shadow for this. In the first exercise you’ve already visualized it. Try it again. You don’t really need to see the shadow, what’s essential is that you feel its presence. Practice it until you can do it.

Now imagine you’re standing before an audience that makes you feel insecure. And next to you you see your shadow which is watching you.
Be fully attentive to the shadow and ignore the audience. Feel the band that has been joining you inseparably for years. Together you are dauntless.
Determinedly turn to the audience together with your shadow and tell yourself quietly: “Listen!”
Feel the authority that shows when you and your shadow speak with one voice.

This tool is huge.

Several clients who were very skeptical at first but tried out this tool on a regular basis and they were surprised and stunned how the fear they’ve been living with for ages gave way to new found strength and self-confidence.

The reason for this incredible change is because you don’t waste any more time hiding your shadow. But instead you’re taking that shadow onto your “stage of life”. It’s your coming out.

I compare it to someone who is homosexual and doesn’t have the courage to tell anyone about it. When his parents ask about girlfriends all they get to hear are lame excuses. When two people in his office are whispering he immediately assumes that they’re talking about him. He turns down chances to present his work in front of a bigger audience because he is convinced that people will recognize his homosexuality due to his gesticulations.

The only way out is “coming out”: “Listen everybody – I’m gay!” or as the German mayor of Berlin said: ”I’m gay and that’s a good thing.” And most people just reacted with an unspectacular “okay, so what”. That’s all.

The Tool “Inner authority” can become your “coming-out” for other fears. And the good news is: you can do it all on your own – on the inside of you.

WHEN DO YOU NEED THE TOOL?

You always need it when you feel that you are under pressure to perform. When you have the feeling that you have to prove something. That can be a talk with your boss, a sales convention, a presentation, a birthday speech or a first rendezvous.

Try out the tool especially to relieve yourself from inner pressure and to express yourself freely.  Begin with smaller occasions where your fear isn’t all too strong.

The tool “Inner authority” can additionally help you to:

We all waste way too much energy by trying to hide our shadows. We believe we know what we’re missing or what’s wrong with us.

A few pounds overweight, wrinkles, our level of education, our partner, not earning enough money, our intelligence etc. But the reason for most of these constraints is not connected to these formalities.

It’s in fact the shadow. The personification of all negative attributes that you disapprove of. And your fear that someone could discover what you’re trying to hide.

Stop with this futile attempt. Discover your shadow. You’re only strong in combination with it.

How do you deal with stagefright?